If I recall it was FlatIronMike who named Barney's root beer makeover " Joe Lewis".
Barney was my Dads bike and when he hung up his riding boots I gladly ended up with the rusty purple Road King. I gave it a fairly quick update and rode it on EDR II and then to the grocery store for the year following.
When I did decide to sell it a Japanese guy who had a pretty cool bike tour business ended up buying it.
The deal was, book a ride/tour from LA to the Harley Davidson HQ in Wisconsin & back. Upon return the bike you rode/bought was shipped to Japan.
I had to have a file recovery done on my last lap top and these photos from the tour surfaced. They're small images but I had never seen them.
I just thought it was a cool way to buy a bike. 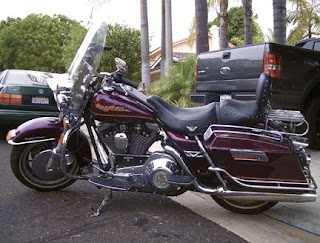 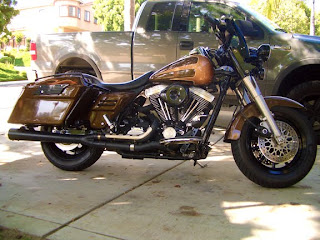 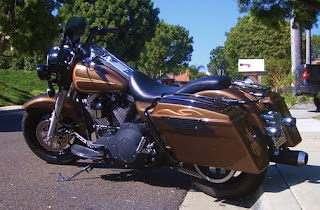