Well today BCM is on track to get it's 5000th hit. My first post was in late July and although I don't usually pay all that much attention to the hit count I did notice a week or so ago it's grown quite quickly as of late. It's been cool to reunite with some old friends and correspond with new ones. Most of all in a greedy way I've taken a ton of inspiration from the people, pictures, & circumstance of many of my posts, however I get payback in the form of a monkey on my back telling me don't forget, don't be lazy, post something, and hopefully something worth checking out.
So for whatever reason you stop by, Thanks. 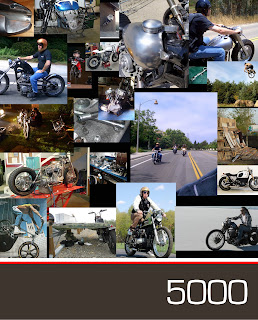 Email ThisBlogThis!Share to TwitterShare to FacebookShare to Pinterest
Labels: "Freight Train a Rollin"

so rad! thanks for linking my page blog.